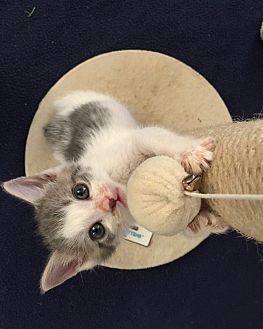 Snip is a 9 week old male kitten who’s white with gray patches-- and he also happens to be a Manx with no discernable tail, only a little tuft of fur!  He is one of the five “Beanie Baby” kittens who was rescued a month ago from a property in Chesterfield. Of the five, he’s the biggest lap kitty, and he’s often the first to curl up in my lap—but don’t be fooled--he loves his play time too!  He carries his little mouse toys dangling from his mouth and growls at the kitties who come too close to his catch. He’s quite successful in keeping his catch from the others! He, too, loves all toys –the crinkly tunnel, kitten tree, grits container, and toy mice.  He’s very well rounded! He plays with all the kittens, but he’s often found with his brother Flip, the other gray and white kitten or his fellow tail-less sister, Nip. 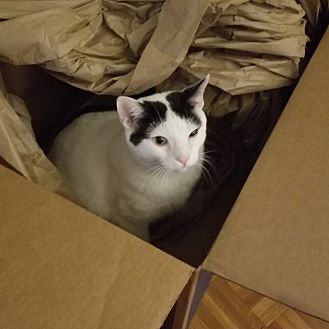 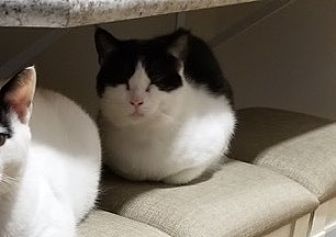 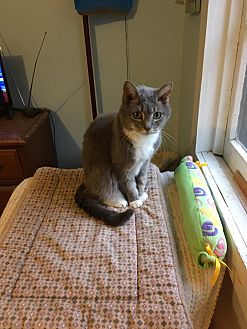