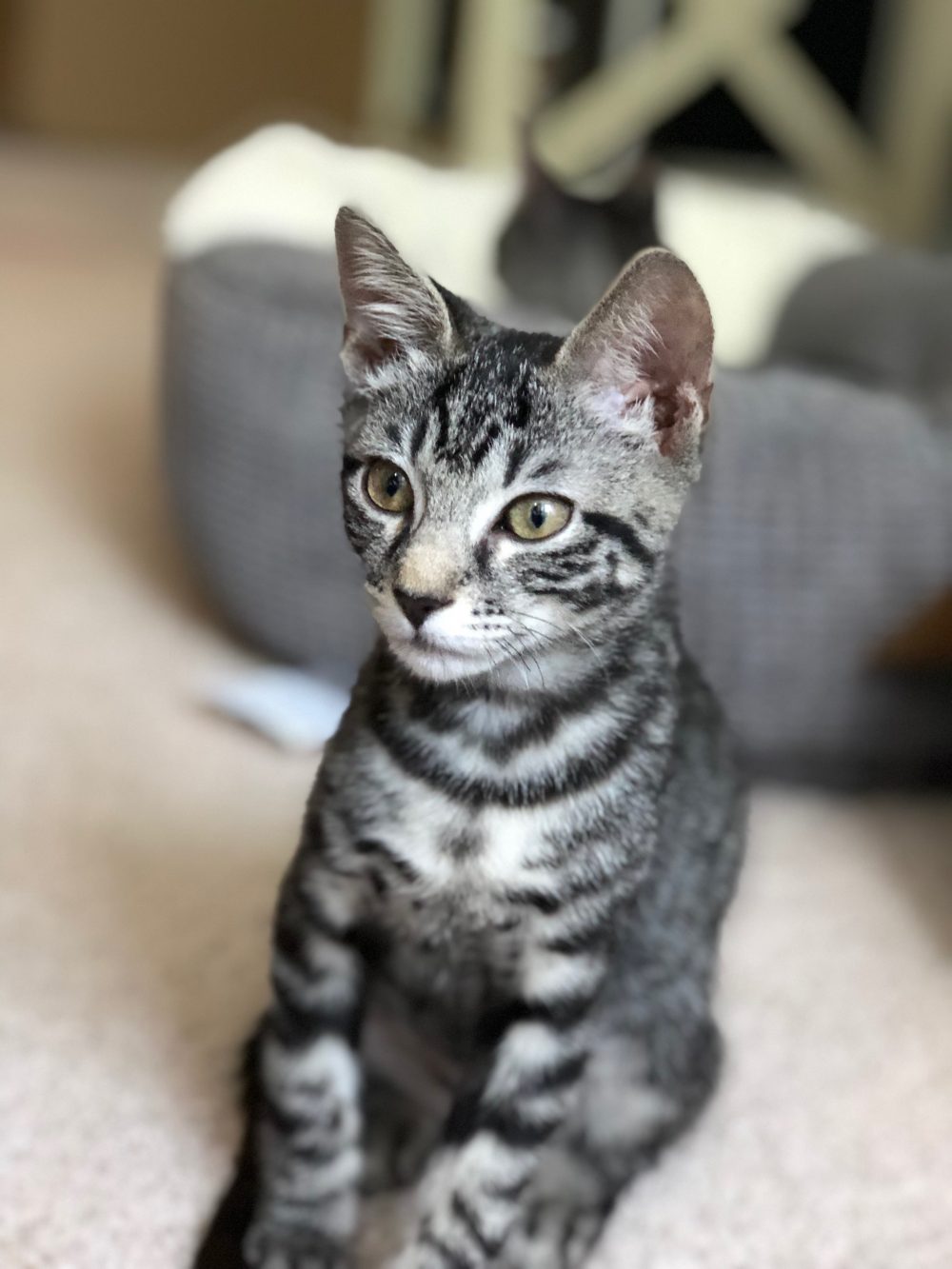 Meet Monty and his brother Mason.  These two tabbies are bundles of energy and snuggles.  They love exploring, playing, and giving lots of kisses. They would love to be adopted together but if separated both would appreciate a companion animal.

While they might look very similar at first glance these brothers have some significant differences to help you tell them apart. Monty is the smaller of the two by about half to 3/4 of a pound ( and when you are only 3 lbs that's pretty significant! ).  His stripes are slightly darker and has the dark lines connecting his triangle markings on his check.

This sweet boy is fast on his way to being a lap cat.  Every day his lap/snuggle time increases.  Right now he is mostly focused on exploring his environment and playing with his brother.  Being smaller he tends to be on the bottom of their wrestling time and he has several broken whiskers.  Don't worry though, this is normal for small kittens who play rough.  They will grow back and he doesn't seem to notice.

For more pictures and videos of Monty and his brother Mason follow rvafostercats on Instagram.
Monty's hashtag is #adoptmonty 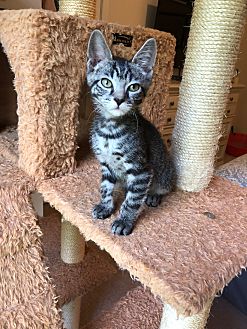 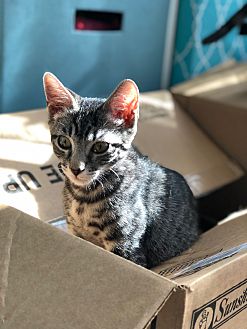 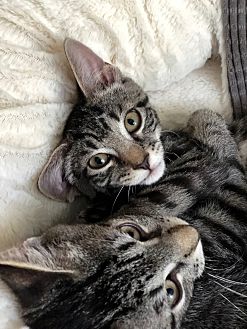 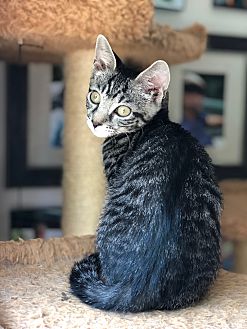